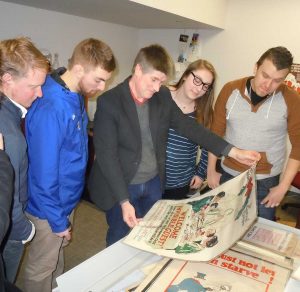 Justin Faust  (class of 2018) is a native of Nazareth, Pennsylvania. He is a former Track and Cross Country runner at Misericordia, and enjoys the outdoors and outdoor activities. During the summers, Justin works at the Crayola factory in Easton, PA, which may make him the only person on campus who knows how to make crayons. His future aspirations involve becoming either a professor of history, an archivist, or some other profession related to history.

Timothy Daniel Ford (class of 2017) grew up at Harveys Lake, PA, and graduated from Lake Lehman Jr/Sr High school in 2006.   He spent five years in the United States Marine Corps, and was stationed at Camp Lejeune, NC, before being deployed to Afghanistan. When not studying for his bachelor’s degree in History, Tim works at Big Top rentals in Exeter, PA. In his free time he  likes to take long walks in his sandbox, enjoy candle-lit dinners at his favorite fast-food chain, and ride his bike.

Marcus Grudzinski (Class of 2017) was born in 1990 and was raised in West Pittston, Pennsylvania. He is a double major in Government, Law, and National Security and History.  After he graduates, he plans to attend law school. In his free time, Marcus enjoys playing guitar and drums, listening to music, eating good food, and playing video games from the 90’s that make him feel old. He hopes to one day make enough money to open a local animal rescue.

Briana Scorey (Class of 2019) was born in Wilkes-Barre, Pennsylvania, and graduated from Holy Redeemer High School as valedictorian of the Class of 2015. She is currently pursuing a double major in English Literature and History at Misericordia and plans to enter graduate study upon graduation. Briana is a coach for the Holy Redeemer Speech and Debate Team and is a member of Misericordia University’s Honors Program, Sigma Tau Delta English Honors Society, History club, Literary Magazine staff, and Commuter Council. She loves literature and hopes in the future to use her passion to improve the lives of others through teaching. 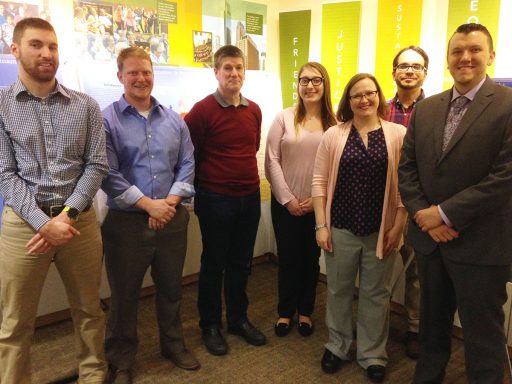