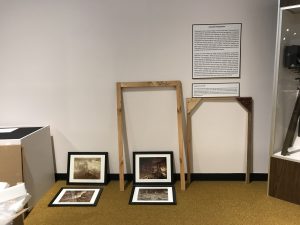 This was a very exciting week at Anthracite Heritage Museum as we finally started to put together the whole exhibit. As stated, this was exciting because of the months of preparations and work that was put into this exhibit and now we are finally seeing the the end result.

Throughout Tuesday, while most of photographs were being hung up, I was doing checks on the frames, making sure that each frame had at least two command hook strips. 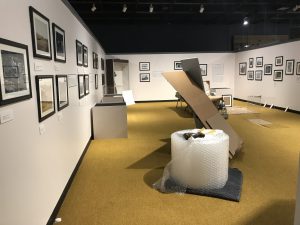 After that, I assisted the curator, John, with hanging each photograph. We were able to do this easily with by using two wooden stands that were built to the height we wanted each photograph to hang on the wall. All we had to do was set each frame on the top of the stand, and hold it in place while we leveled it. Then we had to take the back of the command hook strips off, reposition the frame again, and attach it to the wall. This was a relatively easy process and it only took about two days to hang the frames. 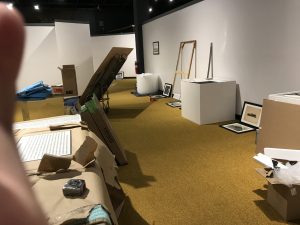