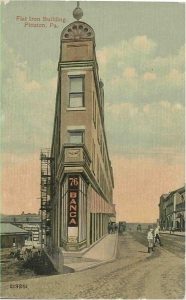 This online exhibit explores some of the most iconic structures in Pittston’s history–many of which lined Main Street–and which left deep impressions on the memories of Pittston’s residents in the twentieth century.  The structures featured here point to the intimate history of a town that has witnessed multiple boom and bust periods, with only some of them coinciding with the rise and fall of the anthracite coal industry.  These buildings marked the daily lives of Pittston’s residents, and became the icons that would serve as bookmarks for residents’ memories for decades to come.  The Flatiron building, for example, was remembered fondly by long-time residents Ann Conroy and others, and housed a number of important businesses throughout its nearly 50-year lifespan, including the sporting goods store owned by Allan Smiles (1906-1961).  Blair Corcoran, former owner of the Corcoran & O’Brien clothing store (c. 1890-1992), recalled how the Flatiron stood “majestically” at the end of town, a landmark that Pittston residents, such as Mary Policare, could be proud of.

From its early founding in the 1760s through the present-day, Pittston residents have displayed a dedication to faith and community, to maintaining healthy businesses and a thriving downtown.  Despite a number of dramatic changes to the downtown area since the 1970s, the community continues to adapt and transform in ways that seek to meet the changing needs of the population.  Though many faces have come and gone on Pittston’s Main Street, the community is no less vibrant and engaged today than it was during its heyday in the early twentieth century. 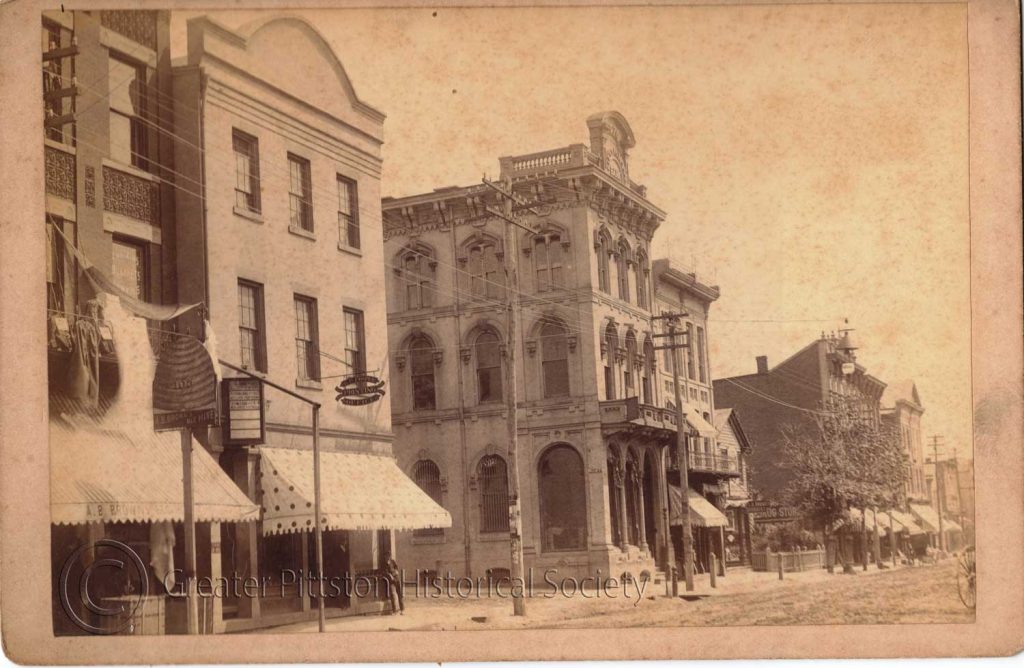 Read more about our research into Pittston’s Clothing Industry, The Flatiron Building, Pittston’s Churches, and Pittston’s Local Government by clicking on the links below.

This project was made possible through special funding provided by Misericordia University’s Student Summer Research Fellowship Program.  Read more about the students in the 2016 SSRF Project on our About Us page.