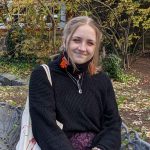 Because John was back from vacation, we were able to go to Eckley Miner’s Village again on Thursday. That day we began packing artifacts into boxes. Because Eckley does not have much storage space, some homes are used as storage units. However, the homes do become somewhat dirty, meaning that dust can build up on artifacts, which could attract water and cause rot or rust. In order to better protect them, we began to clean the artifacts and move them into boxes that were padded with foam. This ensures the objects are kept away from dust and dirt and are secure so that they will not break.

I enjoyed being able to work in both settings this week. I think that it represents the many different roles a curator may fill at a smaller museum or historical site.